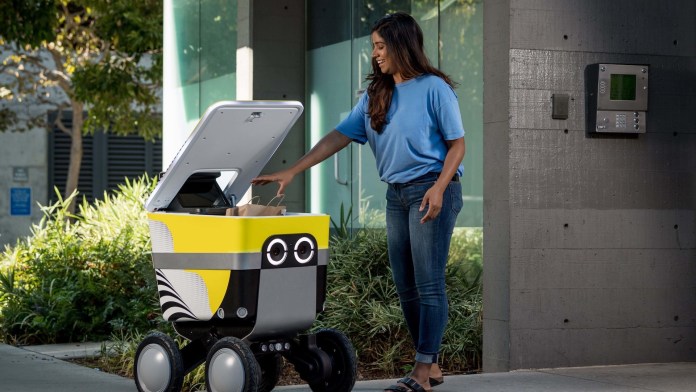 Serve Robotics raised $13 million in a funding round, with participation from Uber, DX Ventures, 7-Ventures and Wavemaker Labs. The funding will be used to develop more robots to meet the needs of new customers in different geographical areas.

Serve’s robots have been operating in Los Angeles since 2018 and the commercial service was made available 2 years later in LA and San Francisco. “We’re expanding beyond UberEats customers and Postmates customers, and we are going to increase the number of neighborhoods that we’re operating in LA next year, as well as going to new cities,” said Ali Kashani, Co-founder and CEO at Serve Robotics.

In the same announcement, the company also revealed some more exciting news about technological advancements of its autonomous robots. As opposed to its competitors, Serve has decided to remove the remote pilots from the equation as much as possible; the team believes that having humans in the loop will not serve the economics.

“Our robots can operate independently in autonomous mode most of the time,” stated Kashani. “This has very important implications for safety and economics of our operation, and is part of the reason we are able to commercially operate our fleet.”

For now, it is all about developing the best go-to-market strategy and coming up with the most sophisticated technology. With so much competition in the market, the new funding will surely give Serve a good advantage over its rivals.