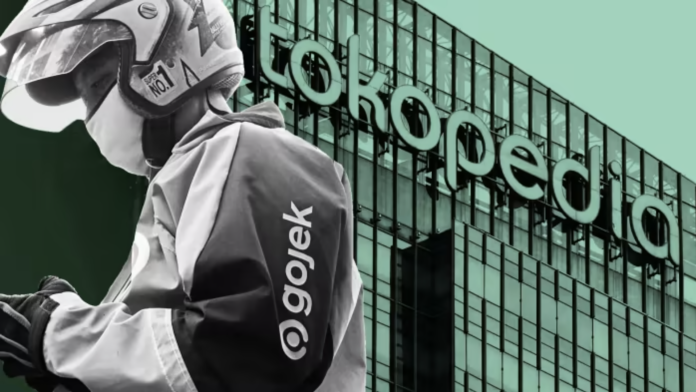 GoTo, a major competitor of Grab, surged as much as 23% in its stock market debut on 11 April. This comes after the Indonesian tech giant has raised $1.1B in a keenly-watched Initial Public Offering (IPO). Formed through the merger of two major startups – Gojek and Tokopedia – GoTo is the first platform in the region to host on-demand, e-commerce and financial services in one ecosystem.

The company kicked off its offering period from April 1 with a market cap of US$28B, which was lower than the original target of US$35-40B. It also downsized its offering from the previously-projected 48 billion shares to 46.7B shares at 338 rupiah each. When asked for the reason, Silva Halim, Managing Director of Mandiri Sekuritas explained that GoTo has already received “sufficient” demand to be able to price its shares at the upper half of its anticipated range. She also emphasized how the firm has a strong balance sheet and that the offer size will minimize dilution for existing shareholders.

“There was no perfect timing for this IPO, but our focus was on Indonesia, with a local investor audience,” said GoTo’s CEO Andre Soelistyo, a former private equity banker who led Gojek’s push into consumer services. According to Co-Founder Kevin Aluwi, the company will now focus on expanding into even more markets, with plans for an international IPO next.

Funding Roundup: Big Series B Wins for ChannelEngine, Bazaar, Wasoko and Other Deals

Top Logistics Tech Companies in the US to Watch

TechCrunch: Logistics Startup Exotec Raised $335M at a $2B Valuation

YourStory: Trell Is Raising $100m Funding at a Valuation up to $800M

CNBC: Walmart Partners With Adobe to Sell Its E-Commerce Tech

TechCrunch: Otrium Acquires $120 Million in Its Latest Funding Round

Tech Crunch: US E-Commerce to Hit Its First $1 Trillion by 2022 as an Effect of the Pandemic

Techcrunch: Fintech Giant TransferWise Rebrands as Wise as They Expects an IPO

SCMP: Lululemon Sets Main Focus on China After Doubling in Sales in 2020

Business Times: US Records 49% Jump in E-Commerce Sales During The Holiday Season

CNBC: Retailers are Turning Black Friday into a Shopping Month

CNBC: Gap Shares Shot Up by 14% After Announcing Plans to Close 350 Physical Stores