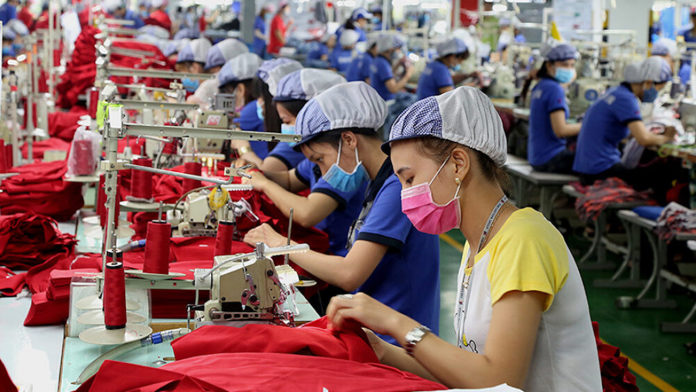 Vietnam has now become one of Asia’s leading manufacturing hubs that produces products for some of the biggest Western brands. According to Jana Gold, a Senior Director with Alvarez & Marsal Consumer and Retail Group, the country “probably does a third of all apparel production [for the US].”

In order to minimise the spread of COVID’s latest wave, the Vietnamese government issued strict guidelines for factory workers. Under the “three-on-site” arrangements, workers could not leave the factory compound for weeks as they would eat, sleep and work within the same complex. In addition, workers were also not allowed to have visitors and even talking to anyone over the gates was prohibited.

As for those who were affected by factory lockdowns, they were forced to live in limbo without a stable income. Among them were migrant workers, many of whom could not afford to return home to their families. “Most will try to remit savings back to their family members in their hometown, so the savings they have for themselves are not really much,” said Nguyen Phuong Tu, a visiting research fellow at Adelaide University.

Overall, the crisis has revealed the vulnerability of migrant workers’ lives and the need for better government protection. In Tu’s view, their jobs are not only precarious in nature but also not sufficiently compensated for. In many cases, foreign-owned companies would suddenly stop their operations without issuing wages or social insurance benefits to their workers.