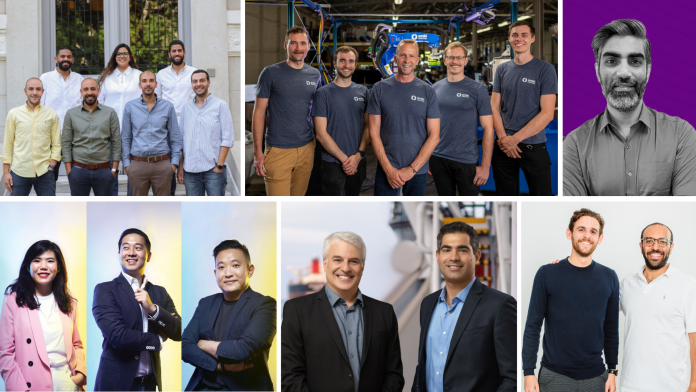 It has been a remarkable week for startups in the e-commerce, logistics and supply chain space. In this week’s Ecosystem Funding Roundup, we are thrilled to feature 6 of their notable achievements:

Kenzz is an Egyptian e-commerce platform that was founded with the goal of bringing online shopping to the masses in the Middle East and North Africa (MENA) region. With thousands of clients using the site during its two-month soft launch, the startup has gained substantial traction since its launch in February this year. The $3.5M seed investment will go towards expansion of its product categories as well as recruitment efforts and technological investments for its app in the near future.

Join thousands of e-commerce logistics leaders
Sign up for free!

Ambi Robotics, a startup developing robots to automatize parcel sorting in warehouses, has secured an additional funding of $32M in a recent financing round led by Tiger Global and Bow Capital. Founded in 2018, Ambi Robotics is the first robotics company to utilize Sim2Real artificial intelligence for parcel sortation in commercial production. According to Ambi’s CEO Jim Liefer, the new capital will be used for continued deployments and installations of technology, expand the company’s product portfolio, and invest in world-class talents.

India’s live-commerce startup Shopr.TV has closed a $1.7Mseed round featuring institutional investors such as BEENEXT, Y-Combinator, along with several angel investors including Kunal Shah (CRED) and Venky Karnam (Afore Capital). Despite only being launched in June this year, the platform already hosts more than 100 sellers across many different categories, ranging from fashion apparel and pre-loved items to jewelry and beauty products.

MaxAB is a Cairo-based B2B e-commerce and distribution company that connects traditional food and grocery retailers to the network of suppliers in some of the most under-served locations in the world. Armed with additional $40M from its recent Pre-Series B, the firm is now looking to achieve full geographical coverage of Morocco as well as an entry into the Saudi Arabia market by the end of 2023.

Leading omnichannel beauty platform Sociolla has received over $60M in the latest investment round led by Temasek and L Catterton. Headquartered in Jakarta, Indonesia, the startup is known for its unique business model and “robust fundamentals” that has spurred its growth in recent years. As of 2020, Sociolla has served approximately 42 million users and has stores in both Indonesia and Vietnam.

ShipIn Systems claims to be the world’s first FleetVision platform that enables seamless ship-to-shore collaboration for maritime fleets. Leveraging artificial intelligence (AI) and computer vision technology, ShipIn’s platform detects and alerts crew about the safety/security hazards and operational anomalies in real-time, which in turn minimizes incidents and increases cargo operations. The $24M injection from the recent Series A will allow the company to scale across the industry and expand its visual analytics platform capabilities.

From Startups to Unicorns: India's Top 8 Retail and E-Commerce Logistics Companies in 2022