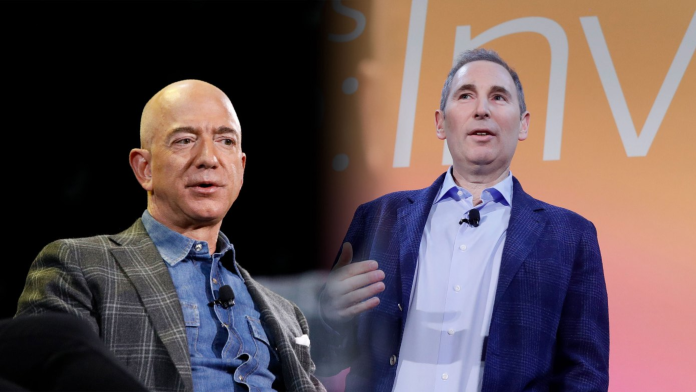 The founder and longtime CEO of Amazon, Jeff Bezos, officially handed his reign to Andy Jassy last week on July 5 2021, marking a new era for one of the world’s biggest companies. Here are four facts about this new CEO:

Jassy joined Amazon in 1997, just three years after its founding by Jeff Bezos.  In the year he had joined, Amazon had gone public, with Bezos sharing his long term vision for the company that holds true till today: a customer-centric focus, the pursuit of market leadership, and a “cost-conscious culture.”

Jassy climbed through the ranks to become Head of Amazon Web Services (AWS) before his CEO appointment. In 2020, this cloud computing division brought a record $13.5 billion in annual operating profits, accounting for 63% of Amazon’s total operating profits.

3. He is a detail-oriented, direct, and ambitious person.

Jassy’s subordinates say that his practice and approach in work require a high level of detail and thoughtfulness. This straightforwardness even extends to his relationship with higher management, including the former CEO Jeff Bezos.

According to a former Amazon executive, Ian Freed shared that Jassy “would say it in a thoughtful and respectful way: ‘Jeff, here’s what I saw in that meeting, and here’s why I think we should try it in a different way.’”

4. He will be responsible for navigating Amazon through regulatory challenges and critics of the company’s labor and environmental practices that await him.

Jassy has reaped success with AWS but Amazon will be soon going through hardship, given that the company is the subject of numerous antitrust probes and lawsuits aimed at some of its more controversial business practices. For that reason, apart from generating more revenue, Jassy would have to add new corporate values including improving working conditions for its warehouse workers and reducing their negative environmental impact.

Unveiling the New Parcel Monitor: E-Commerce Logistics Community for Everyone

CISION: Nulogy Onboards New Member to Board of Directors

Logistics Manager: Maersk Partners with Einride to Deploy 300 Electric Trucks in the US

Funding Roundup: Scaling New Heights with CommerceIQ, Sayurbox and Kargo among Many Others

Funding Roundup: Big Series B Wins for ChannelEngine, Bazaar, Wasoko and Other Deals

Travel-Retail Reimagined: Riding the Waves of COVID with Samsonite

The Jakarta Post: GoSend Fosters Inclusivity and Innovations in 2022

Supply Chain Quarterly: FedEx and Microsoft Team Up to Develop “Logistics as a Service” Product

TechCrunch: Logistics Startup Exotec Raised $335M at a $2B Valuation

The Times of Israel: Israel’s Trigo Vision Introduces Shop-And-Go Store in the US

Retail Dive: For Consumers, Experience Is Everything

Tech in Asia: Shopee Launches Tiktok-Like Video Feature for a Handful of Users

YourStory: Trell Is Raising $100m Funding at a Valuation up to $800M

TechCrunch: TikTok and Shopify Extends Partnership to Launch TikTok Shopping Experience in US, UK and Canada

Ecommerce News: Inpost Continues to Expand in the UK With Its 2000th Locker

CNBC: Walmart Partners With Adobe to Sell Its E-Commerce Tech

Calgary Herald: Foot Traffic Up 44% with Canadians Eager to Return to In-store Shopping

BBC: Lego Bricks Will Be Made From Recycled Bottles

YourStory: India-based Startup Aiming to Create a ‘Shopify of India’ with Holistic Solutions for D2C Brands

Shopify: Why Are These DTC Brands Opening Physical Retail Stores in 2021?