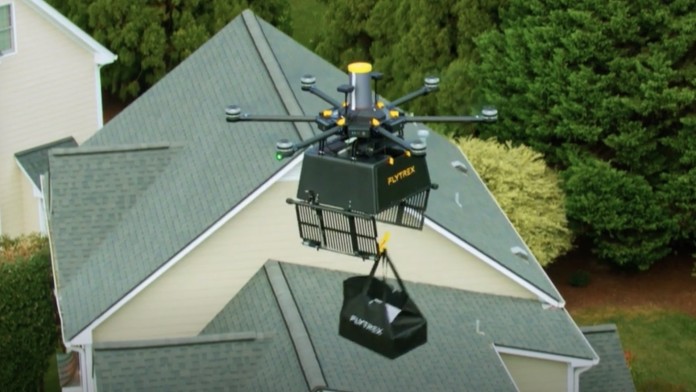 Flytrex, an Israel-based startup, has just announced a $40 million Series C led by BRM Group. The firm is currently working with retailers including Walmart and Chili’s to test out its products in suburban areas. The funds will be used to further enhance its system and to expand its services to even more markets within the US.

“We are committed to supporting companies that have the potential to change people’s lives for the better, and Flytrex’s impact on retailers and consumers alike fits that mission perfectly,” says Eran Barkat, partner at BRM Group.

Since traditional delivery methods only work out well in densely populated areas, a drone-based system would be a great solution. The drone is remotely managed and deposits can access customers’ backyard easily. It also reduces the cost for human resources to deliver something as cheap as a $5 burrito.

In spite of the competition from big companies like Amazon, Flytrex claims that its drone pilot is still the largest of its kind. “We are producing commercial airplanes, not drones”, says CEO Yariv Bash. This is because Flytrex is in the process of getting its drones certified by the Federal Aviation Administration (FAA) just like commercial airplanes, in order to give the business more flexibility over the long run.

Flytrex admits that building their own big tech stack and data comes with a whole set of challenges as well as rewards. Apart from shortcomings in R&D, skepticism around autonomous transportation was a huge obstacle. However, with the problems linked to traditional delivery and the advancements in autonomous systems, the team thought drone-based delivery was more than just worth a shot.

Source: Flytrex raises $40M to build its drone-based delivery service across suburbs in the US