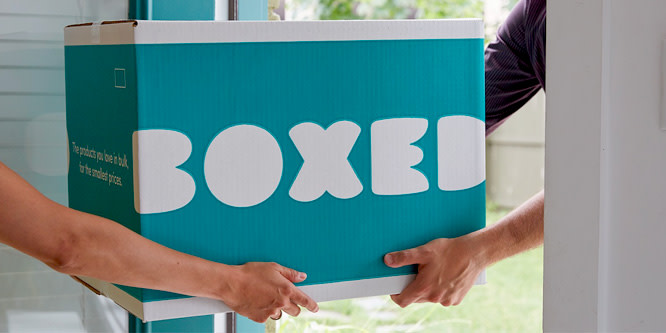 Boxed is a company that delivers wholesale grocery and bulk items to consumers and businesses across the US. Boxed will go public in an $887 million deal with a special purpose acquisition company (SPAC). It was founded in 2013 and currently has 7 million users.

Online grocery shopping has been hotter than ever due to the unexpected pandemic which required minimum social interaction. The online grocery shopping market grew by 81% to $55.5 billion in 2020, according to retail advisory firm Coresight Research. This is partly why Boxed decided to go public so as to expand further in this pandemic-fueled growth. The deal is expected to be closed in the fourth quarter of 2021, and is also a sign that Boxed has been able to find success in an increasingly crowded, oversaturated and competitive market.

Boxed CEO and co-founder Chieh Huang chose a SPAC over a traditional IPO because it will allow the company to raise a “quantum of capital” by comparison. SPACs have also been very popular lately. A SPAC deal is a blank check merger that allows companies to go public without the fuss of an initial public offering. In this case, Boxed signed a deal with Seven Oaks Acquisition Corp. With fewer regulations to overcome, small private companies can benefit a lot from SPAC.