Supply Chain Dive: Amazon to Invest Over $1B to Expand Its Electric Vehicle Fleet in Europe 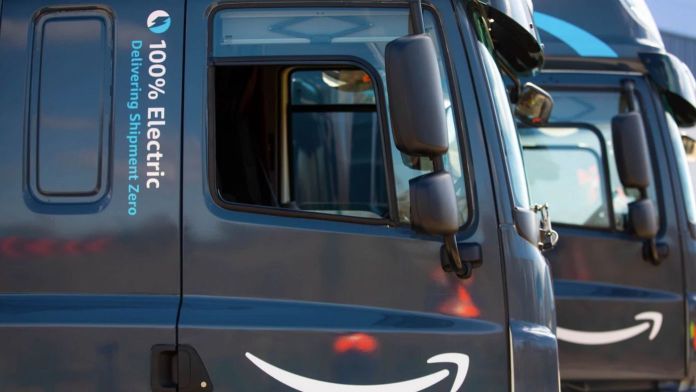 According to a statement released by Amazon, the company intends to spend more than 1 billion euros over the next five years to more than double the size of its electric van delivery fleet in Europe. More than 3,000 electric vans are currently being used by the massive online retailer to deliver items to clients in Europe. By 2025, it hopes to have a fleet of more than 10,000 vehicles. The investment, which as of Friday was estimated to be worth $981 million, helps the business get closer to achieving net-zero carbon emissions by 2040.

The company's quest for sustainable transportation has been led by Amazon's European operations. As per its sustainability report, Amazon used electric delivery vans and other zero-emission vehicles to deliver more than 100 million products to customers' doorsteps in Europe last year. It sent out more than 500,000 packets across North America.

However, the company's commitment in Europe isn't limited to the purchase of electric vehicles. As it transitions away from using diesel trucks for long-distance transportation, Amazon also plans to buy and deploy more than 1,500 electric heavy goods vehicles in the upcoming years. According to the business's release, "Amazon will deploy hundreds of specialized fast chargers across its European facilities to power its eHGVs, allowing the company to charge the vehicles in about two hours."

As part of the investment, Amazon also plans to increase the number of its "micro-mobility hubs," which are smaller, centrally positioned delivery facilities, by 2025. With the help of these distribution centers, Amazon can remove its delivery trucks from the congested streets of major urban areas, replacing them with e-cargo bikes and human couriers. The company currently operates tiny mobility hubs in more than 20 cities across Europe, including London, Munich, and Paris.

"Deploying thousands of electric vans, long-haul trucks, and bikes will help us shift further away from traditional fossil fuels—and hopefully, further encourage the automotive and transportation industries in Europe and around the world to continue scaling and innovating, as we will have to work together to reach our climate goals," said Amazon CEO Andy Jassy.