The State of E-Commerce In Vietnam 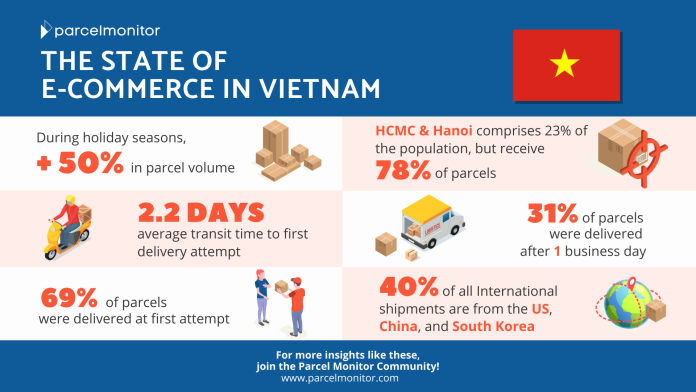 Over the last four years, Vietnam has received approximately US$1 billion in funds for its e-commerce sector and is considered the fastest-growing digital economy in the region. How then, does Vietnam’s e-commerce scene measure up against other Southeast Asian economies?

This week, we continued our series on the state of e-commerce around the world. Let us take a look at some interesting insights we found in Vietnam: