The State of E-Commerce in Portugal 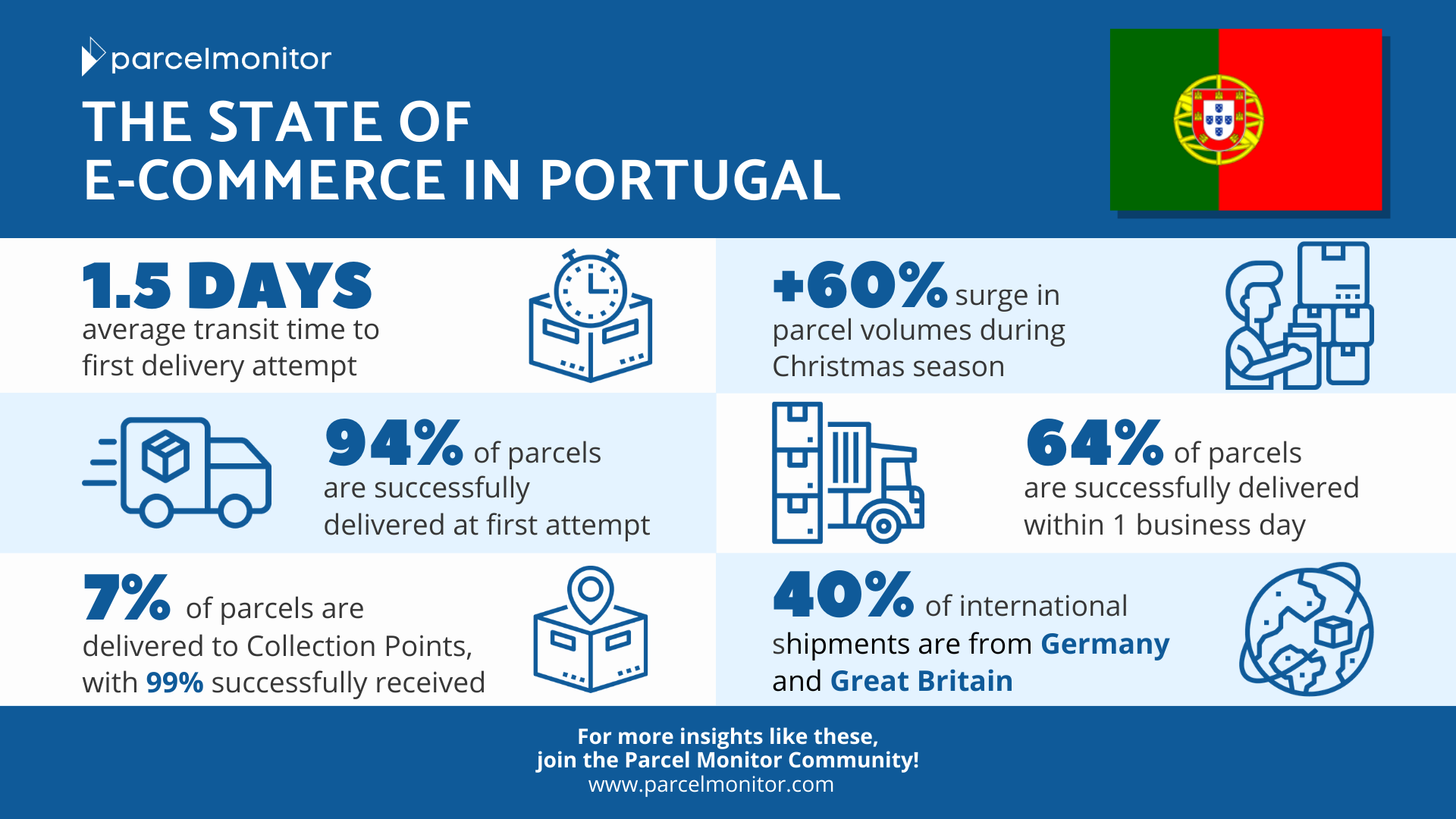 According to research by ecommerceDB, there were 7 million e-commerce users in Portugal in 2019. Data also shows that 65% of the Portuguese population made at least one online purchase during that year.

This week we looked into the state of e-commerce in Portugal, and here’s what we found:

An Introduction to Returns Management in E-Commerce

What Consumers Truly Think of Returns

E-Commerce Returns in the Post-COVID Era

Innovation in Last-Mile and Beyond – LogiSYM APAC 2022

Tech Spotlight: Logistics Automation with Plus One Robotics

Guest Post: Guide to Automating Your E-Commerce Shipping for a Continuous Supply Chain

Omnichannel Innovations In Retail And E-Commerce

Guest Post: A Guide to Using Social Media to Boost Your Retail Brand

The Ultimate Guide to Omnichannel Logistics

State of E-Commerce in Belgium 2021

Leading Amidst the Supply Chain Disruptions

Guest Post: 7 Benefits of Transparency in Supply Chain That You Should Know

Cross-Border Markets Around the World with Transport Intelligence

State of Cross-Border E-Commerce in Australia 2021

An Introduction to Returns Management in E-Commerce

Parcel Monitor is a free real-time parcel tracking platform for consumers and a community for e-commerce logistics professionals.

The Future of Retail

State of E-Commerce Around the World