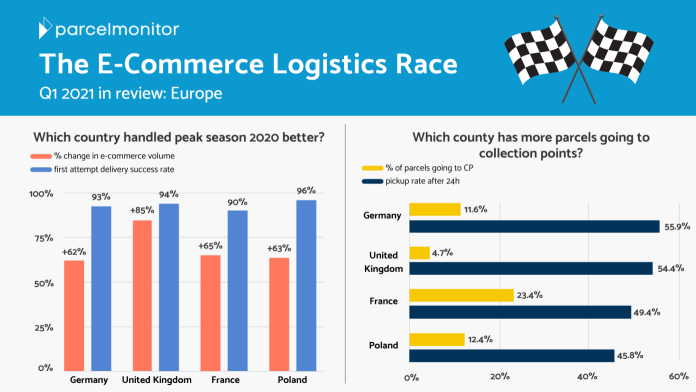 In our recent studies, we’ve compared the e-commerce logistics performance of different regions such as between the US and Canada, Australia and New Zealand, and the nations in Southeast Asia.

In the UK, lockdown restrictions were eased only towards the end of the quarter; social distancing and minimal staffing at workplaces were still being implemented then. In addition to the lockdown restrictions, Brexit happened on 1st January 2021. This had led to many retailers and businesses having to cut down or postpone their deliveries from the UK due to the new border controls. It was reported that many businesses transporting goods from European countries to the UK were experiencing delays since Brexit.

The surge in the UK is likely due to a growing consumer preference for online shopping. According to a report by the Office for National Statistics, retailers across all sectors in the UK reported large increases in online sales in 2020 with total online retailing values increasing by 46.1%; the highest annual growth experienced since 2008. 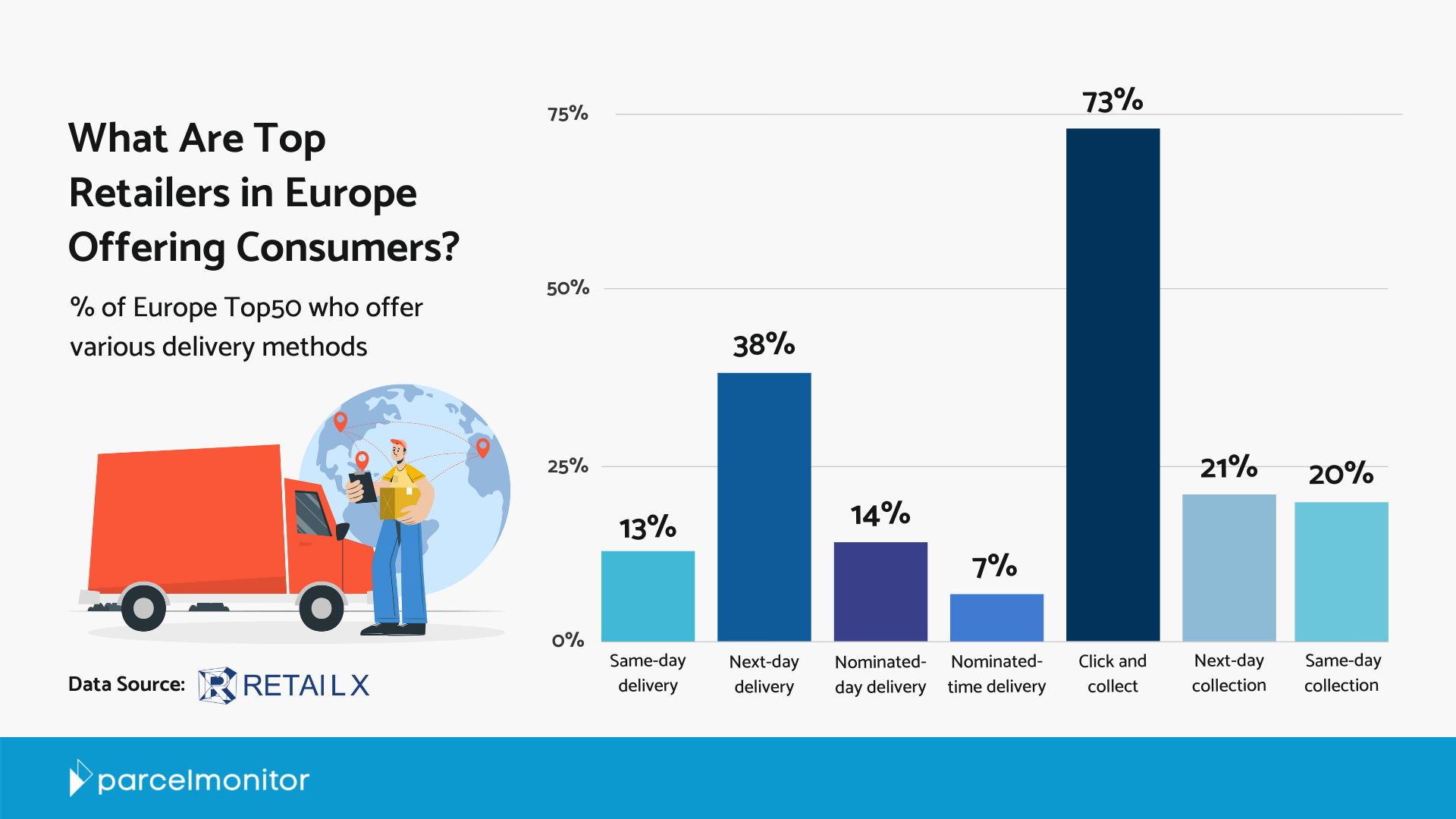