State of E-Commerce in China & India 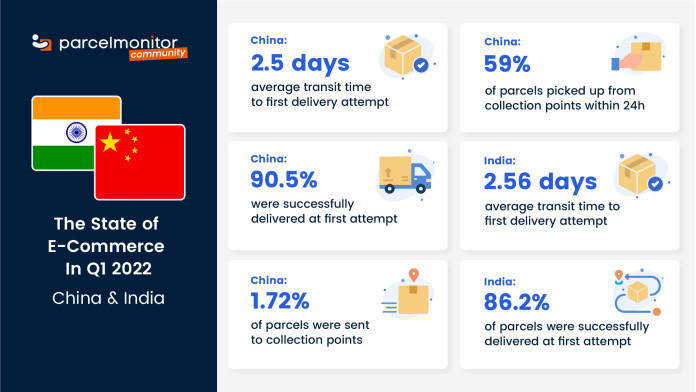 Over the past several years, Southeast Asia (SEA) has witnessed enormous expansion in the marketplaces across the area, which has contributed to the explosion of the region's e-commerce industry. In Southeast Asia, the current e-commerce market is controlled by a few significant regional giants such as Shopee and Lazada, along with many more local business-to-consumer (B2C) platforms. This dominance was propelled by the tremendous development in the digital payments sector and evolving consumer needs.

Interested to find out the top 10 e-commerce retailers in Southeast Asia? Download the chart for FREE by signing up!

So what about the region's closest neighbors China and India? Armed with one of the largest e-commerce populations in the world, China was said to have contributed to more than 50% of total e-commerce retail sales in the world in 2021, exceeding the combined sales values of Europe and the United States. On the other hand, with its huge e-commerce potential, eMarketer has projected that India's e-commerce sales will hit the $100 billion mark in 2023.

Here we examine the leading e-commerce markets in East Asia — India and China — and their major delivery performance factors.

According to available data, China had a transit time of 2.50 days in the first quarter of 2022, while India had a slightly longer transit time of 2.56 days during the same period. China's better delivery performance could possibly be due to the recent enhancements of the road network across the country. This would have helped to facilitate quicker and safer freight movement and better connections between the major distribution centers, small towns, and rural areas.

Other factors that also contributed to China's faster transit time include better fulfillment facilities (as compared to India), along with the adoption of technological innovations like automatic sorting centers, driverless delivery trucks, and "automated" delivery drones. In addition, there are numerous courier service stations dispersed throughout the country, made necessary by the sharp increase in demand for package delivery services. All these aforementioned factors combined have made a significant contribution to the expansion of e-commerce logistics across China during the period under review.

Since the COVID-19 crisis started, it has impacted nearly all business operations across all industries and regions in India. Particularly heavily hit was logistics, which is essential to several cottage industries. Since air travel had been effectively suspended or restricted until recently, air shipping had suffered greatly. The only kind of transportation that could function without limits and deliver products and commodities across the nation at practically pre-epidemic rates was railways.

Moreover, both China's and India's delivery success rates were lower than the regional average figure of 91.87% in Q1 2022. It is common knowledge that finding the right delivery address poses a huge problem in "less developed" countries, especially if it is of a substantial size like India and China. In India, for instance, the address network is diversified at the regional level and does not follow an organized system. Given that the Postal Index Number (PIN) codes do not represent specific geographic locations, it would be harder for delivery personnel to find the exact addresses on the first attempt, which may explain the country's relatively low delivery success rates over the years.

Collection points usage in China increased by 1.72% in the first quarter of 2022. China has been bolstering its supply chains and international trade through investments in a global network of warehouses. According to data cited by state media, Chinese companies increased the number of warehouses – both at home and abroad – from about 1,000 to over 2,000 between January 2020 and December 2021. This might have contributed to the increase in collection points across the country.

In conclusion, both China and India saw some levels of improvement in their key performance indicators for e-commerce logistics. While the improved transportation networks and the increased number of warehouses and distribution centers were responsible for China's faster transit times, the easing of lockdown restrictions in India resulted in a higher rate of first-time deliveries.

Who do you think performed better in the second half of the year? We look forward to seeing how e-commerce logistics in these two markets will pan out in the coming months.

Ask Me Anything: Navigating the New Retail Landscape with The Body Shop India