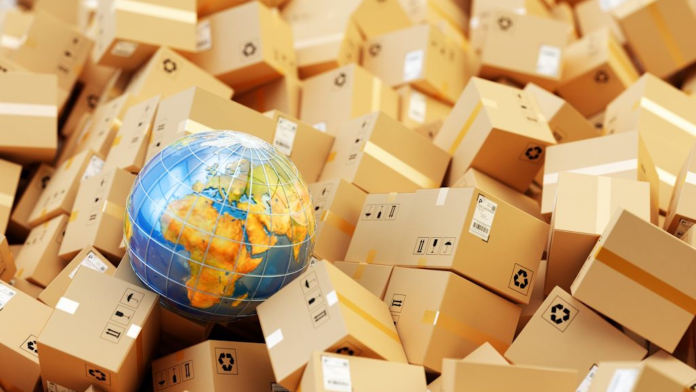 Recent growth in the global express delivery market has largely been fueled by a surge in Business-to-Consumer (B2C) deliveries and a rise in demand for international trade services. Though traditionally considered expensive, a growing number of shippers are starting to recognize “express” as the more economically attractive option. For certain industries including pharmaceuticals, they might even find the perceived expense of express justifiable due to its ability to deliver the core service with higher performance.

With that being said, the easing of lockdowns in conjunction with rising inflation rates have slowed the express market’s progress in the second half of 2021. How has the express delivery sector evolved since then and what can we expect in the years to come? In their latest Global Express & Small Parcels 2021 report, Transport Intelligence covered the following:

The market for Courier, Express and Parcel (CEP) in China is unlike any other, with many unique characteristics. Based on Transport Intelligence’s findings, China is home to the largest international express market valued at €16,351m in 2021. On the domestic side, it ranks second among all countries, accounting for 21.6% of the total domestic express market in the world. Just last year alone, Chinese couriers handled 74 billion packages, which equates to about 52 deliveries per individual on average.

The Chinese CEP market is also highly competitive, with a few key players dominating the landscape. According to the State Post Bureau of China, the bid to gain market share by different operators has resulted in an intense price war among them. In the last two years, we saw several companies including J&T Express and ZTO Express joining in the price reductions. This has in turn led to a decline of average parcel prices by 57.1% over the past decade, as mentioned in Transport Intelligence’s Global Express and Small Parcels Report 2021.

Fortunately, however, the grueling battle appears to have reached a tipping point, largely owing to President Xi Jinping’s policy. The joint policy statement emphasized important objectives such as “bringing the salaries and pay of express delivery personnel to a more reasonable level” and enhancing “standard management, network stability, and employment development” among other things. The aim is to get courier companies to spend more on wages and benefits of their delivery staff so that they have fewer margins for price cuts in the future.

A Comparison of Parcel Yields in the US and Germany

The express market in the US has been on the rise for quite some time now, with a 17% year-over-year growth rate in the first half of 2021. However, this growth (along with the e-commerce boom) was predicted to slow down in the second half due to the return of physical retail and the easing of lockdown restrictions.

Similar to China, the US CEP landscape has been monopolized by a handful of providers, namely United Parcel Service (UPS), FedEx and United States Postal Service (USPS). While others (i.e. DHL) have attempted to penetrate the US market, none have succeeded thus far. Such a centralized market structure makes it easier for the incumbents to justify price increases, as shown in the table below. 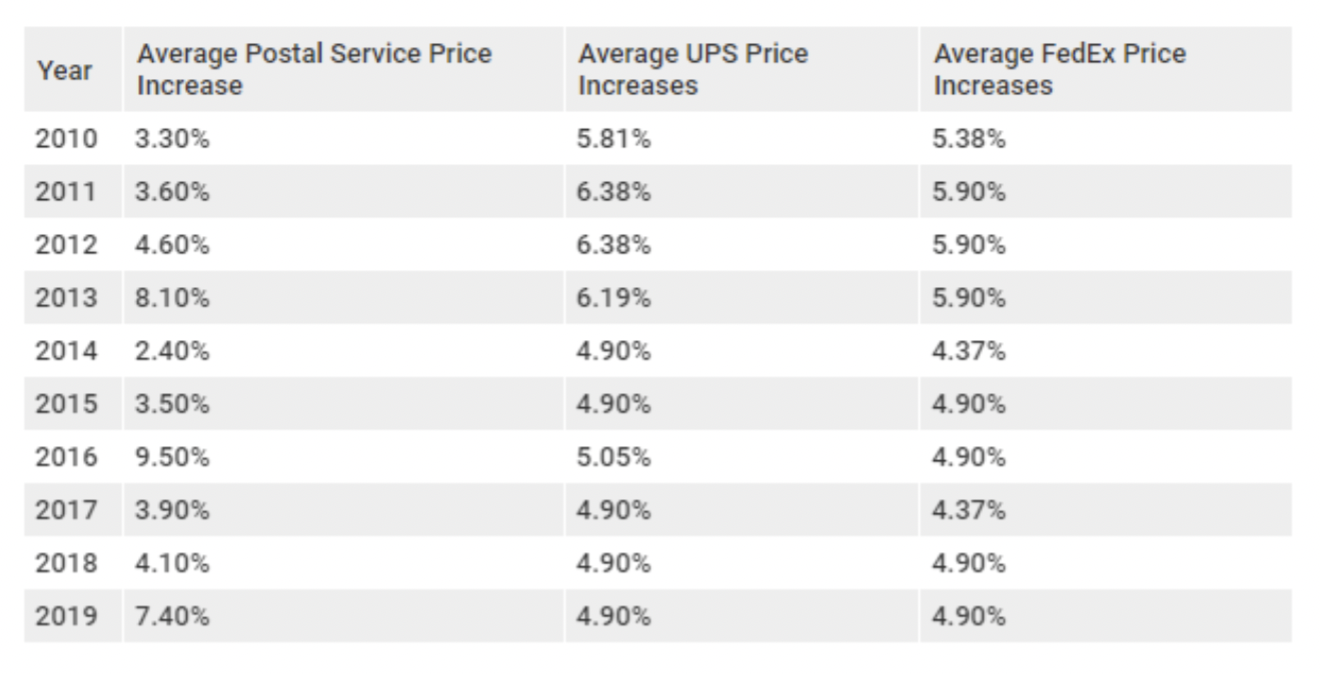 Transport Intelligence, on the other hand, claimed that price hikes do not always translate into higher average revenue/shipment. With reference to their calculations and respective companies’ reports, there was a mismatch between changes in parcel yields and price increases over time. To be more specific, UPS yields have increased at a compound annual growth rate (CAGR) of 1.3% per year while the figure was much lower at 0.4% for FedEx. The lower yielding volumes along with the surge in B2C e-commerce parcel shipments seem to have affected the average revenue per piece.

Meanwhile in Germany, the competition appears much more intense than in the US. Apart from the national hero DHL, a number of regional providers have managed to enter the market. Some examples include UPS, Hermes and GLS, which is the UK’s Royal Mail subsidiary. FedEx in particular, has also gained significant presence in Germany, partially thanks to its recent efforts to expand its services in anticipation of a newly opened Amazon sorting center in the country.

In both Germany and the US, B2C volumes are a key contributor to weaker yields and subsequently lower revenue per piece. According to data from BIEK, the German association for parcel and express logistics, the average parcel in Germany was worth 4.1% less in 2020 than it was in 2010. As B2C volumes typically have less strict delivery expectations than their B2B counterparts, the increasing share of B2C within the mix will likely lead to overall weaker yields.

The Future of Global Express Logistics

Many on-demand providers may find it challenging to operate in the current economic landscape, especially given that lockdowns are no longer a source for consumer demand. In order for these companies to remain economically viable amidst stagnant — or worse, declining — volumes, they must find ways to enhance not just efficiency, but also delivery network density, basket value and commission structure. According to Ken Lyon, an Advisory Board Member and Technology Specialist at Ti, “if a new player enters the market, exploiting technology (e.g. Electric bikes, very smart tech that can optimize the cost base) or an existing player upgrades to the same, that may create new distributed operating models that can survive.”

Ti Insight is a leading logistics and supply chain market research company providing strategic market intelligence to the logistics and parcels industry through its:

Ti aims to provide its subscribers with a vision of how the logistics market will develop over the next year, 5 years and 10 years with quantitative forecasts and qualitative insights for each timeframe. Ti has acted as advisors to the World Economic Forum, World Bank, UN and European Commission as well as providing expert analysis to the world’s leading manufacturers, retailers, banks, consultancies, shipping lines and logistics providers.