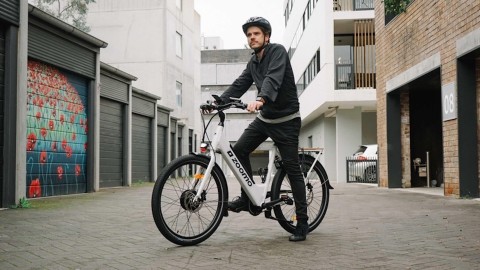 Zoomo has just wrapped up a $60 million Series B round led by Grok Ventures, Skip Capital and ArcTern Ventures. Using the funds, the firm hopes to transform last-mile delivery by scaling up its services in both existing and new markets. “We really see ourselves disrupting Rivian,” says Mina Nada, CEO and Co-founder of Zoomo. Rivian Automotive is a competitor that is developing 2 electric vehicles, each of which is estimated to cost $90 trillion.

The Australian startup is investing a bulk of its money in the development of hardware and a servicing network. Unlike Rivian which relies on two-ton vehicles for most audeliveries, Zoomo sells electric bikes and fleet management software to businesses. It also works with platforms including DoorDash to offer a flexible and durable work vehicle at an affordable price. At Zoomo, gig workers can even get a weekly subscription at a reasonable fee of $20 to $49 per week.

One thing that makes Zoomo stand out from other companies like URB-E and Velove is its specialization in food deliveries. Following this funding round, the team can start building light vehicles to tackle parcel delivery and other last-mile form factors.

“Fundamentally, what this money allows us to do is to build the product muscle in our team to better research the needs of our customers,” says Nada. “What we’re building is a company that’s going to be able to offer those different form factors to different customer types on top of our platform of software, servicing and financing.”