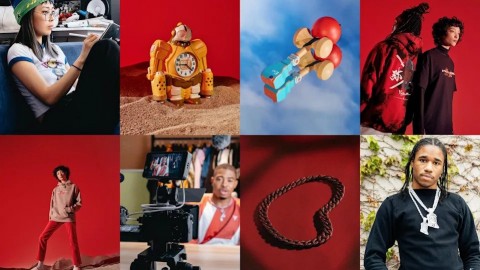 Last Thursday, Netflix introduced its own shop at Netflix.shop. This will be an extension of Netflix’s storytelling ecosystem as well as an extra source of revenue.

“We love it when great stories transcend screens and become part of people’s lives. We’re always looking at how we can extend the world of our stories for fans, from apparel and toys to immersive events and games,” wrote Netflix’s Vice President of Consumer Products, Josh Simon.

With over 15,000 titles on screen, it is impossible for Netflix to offer merchandise for all of them. The company does not want Netflix.shop to become an overflowing, massive mega fansite chock full of goods. Instead, Netflix will rotate stocks with exclusive, limited-edition items, synchronizing these items with the shows that it streams.

The store was launched with a collection of anime-inspired collectibles. Streetwear and action figures tied to anime series “Yasuke” and “Eden” will also be expected later this month. Netflix is also partnering with the Louvre museum for a limited collection of apparel related to the series “Lupin.” Fans of “The Witcher” and “Stranger Things” will also have something to look forward to as well.

Merchandise always plays an important part in the entertainment industry so it is not surprising when Netflix, despite being a tech company, jumps into retail. Shopping and treats for fans is a great way to retain the viewers on the platform.

Netflix is definitely not short on money. The streaming company raked in $6.15 billion in the second quarter, a year-over-year gain of 25 percent, and doubled its year-ago profits with $720 million. Whether the shop will contribute to this number remains to be seen.