The Times of Israel: Israel’s Trigo Vision Introduces Shop-And-Go Store in the US 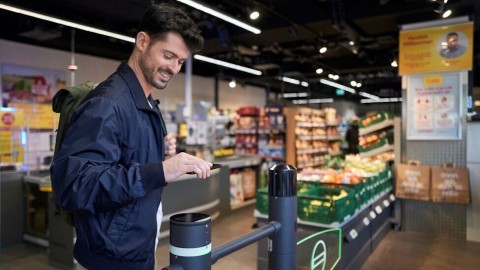 (Image Source: The Times of Israel)

Trigo Vision, an Israeli startup, is working with Wakefern Food Corp to bring its frictionless shopping technology to the US. The deal is one of many outstanding collaborations Trigo has established last year. Among the most prominent partners are German retail giant REWE group, UK grocery heavyweight Tesco and German-owned Aldi, whose Aldi Nord division is supposedly the largest grocery retailer in all of Europe.

Founded in 2018, the young firm focuses on computer vision and advanced AI-based algorithms to make lives easier for shoppers. To put simply, Trigo is developing a system that allows customers to skip the checkout step altogether. With Trigo’s technology, payments and receipts will be processed online according to the product selections as captured by ceiling-mounted cameras.

One distinct advantage Trigo has over its competition is that it specializes in retrofitting existing spaces. This means that retailers can maintain their unique store layouts and character, while still transforming them into autonomous, digital ones. “Physical retail is the one space where traditional businesses can take on Amazon and win. The chains we’re working with have thousands of existing stores, Amazon has to build new stores,” said Michael Gabay, Chief Executive Officer and Co-Founder of Trigo.

Another unique point about Trigo is related to its premium on privacy and data protection. Unlike many firms, Trigo does not store biometric data, utilise facial recognition or capture any direct identifiers of consumers. Instead, the company simply tracks shoppers’ movements to avoid any potential privacy concerns.

Source: Israel’s Trigo challenges Amazon on its own turf, with US debut of shop-and-go tech