The State of E-Commerce in Switzerland 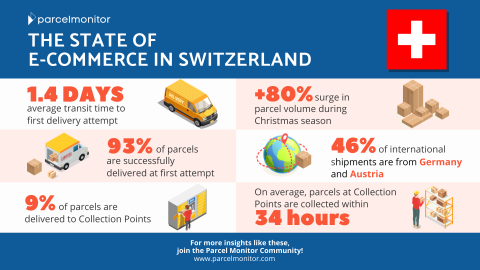 Switzerland is the 20th largest economy in the world, with a nominal GDP of US$715.36 billion. Despite having little natural resources of its own and a relatively small population size of 8.65 million, the country has one of the leading economies in Europe. In fact, Switzerland was just awarded third place in IMD’s 2020 World Competitiveness Ranking, with its robust international trade fuelling its strong economic performance.

The e-commerce market in Switzerland is also expected to reach US$8.57 million in 2020. According to a study by Global-e in 2019, the number of online shoppers in Switzerland is expected to reach 6.7 million in 2023. With the current e-commerce boom, it is likely this number would have increased beyond past projections; consistent with growth patterns throughout the world.

This week we looked into Switzerland’s state of e-commerce and here’s what we found: