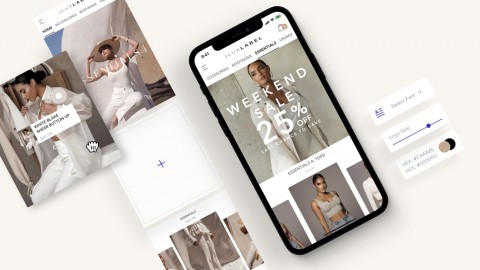 Tapcart, a ‘Shopify for mobile apps,’ acquired $50 million in Series B funding led by Left Lane Capital with the participation of SignalFire, Greycroft, Act One Ventures and Amplify LA.

Tapcart is founded by Sina Mobasser and Eric Netsch, who are experts in the mobile apps industry. Mobasser worked for TestMax which developed the first test prep course for iOS while Netsch is specialized in creating digital experiences for brands.

“Now, you can launch an app on our platform in a matter of weeks, where historically it would take up to a year if you wanted to custom build an app. And you can do it for a low monthly fee,” said Mobasser.

The users will use the simple drag-and-drop builder of Tapcart to create a mobile app for its existing Shopify shop. The most distinctive trait of Tapcart is that they allow merchants to sync data directly from Shopify in real-time so all stores’ information including inventory, products, collections are up-to-date. The users won’t have to duplicate sets of data or take care of data transformation.

Source: Tapcart, a ‘Shopify for mobile apps,’ raises a $50 million Series B