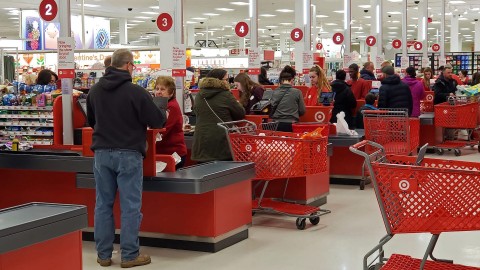 In light of the record-high inflation rate in the United States, shoppers are finding ways to minimize their expenses. Target’s CEO Brian Cornell anticipates fewer trips to the grocery stores given the rising gasoline prices in the US. Consumers are also expected to eat more frequently at home and opt for cheaper goods to offset the soaring prices.

Based on data from the Labor Department, the inflation rate last year was 7%, the highest jump since mid-1982. “Some of the historical ways consumers react to inflation will play out again in 2022,” said Cornell. “You’ll drive fewer miles, you’ll consolidate the number of times and locations where you shop. You’ll probably spend a little more eating at home versus your favorite restaurant, and you might make some trade-offs between a national brand and an own brand.”

In the past two years, big retailers like Target have benefited greatly from the pandemic-induced surge in demand. That being said, it is uncertain how inflation will affect consumer behavior as well as sales this time. Cornell also refused to give a specific prediction on how the actual spending levels would change. “We’re going to learn a lot about how the consumer reacts in the next 60, 90, 120 days to rising prices,” Cornell mentioned.

According to the data package released by the Labor Department, the food-at-home’s index rose 6.5% in 2021 alone, as compared to 1.5% over the past 10 years. Gasoline prices fell in December following the seven-year highs in November but rose back up recently this month.