State of Cross-Border E-Commerce in Australia 2021 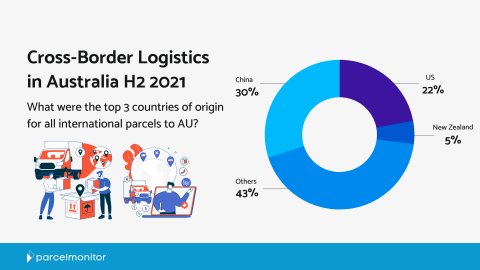 The world we know is more connected than ever – not just socially and politically but also economically. In fact, 61% of global respondents consider themselves to be “citizens of the world”, as evidenced in their shopping behavior and purchasing habits in recent years.

Technological advancements have made consumers and businesses less susceptible to geographical barriers, opening the door to a plethora of possibilities in cross-border e-commerce. Shopping beyond national borders gives consumers an expanded choice of products, while simultaneously allowing businesses to extend their reach and customer base to international levels. For brands that have yet to capitalize on this opportunity, now is the time to rethink their cross-border business models.

Is this shift towards transnational shopping applicable to Australia, the eleventh largest e-commerce market in the world? If so, how has its state of cross-border e-commerce evolved in 2021? What are some of the products that Australians are buying from foreign retailers and where do they come from? This article seeks to provide an overview for all these questions and more. Let’s take a look!

With rolling restrictions throughout 2021, online shopping has become a permanent fixture in the Australian retail landscape. Based on findings from Australia Post’s E-Commerce Industry Report, more than 80% of Australian households have made an online purchase across 2021, spending a record-breaking amount of $62.3 billion. In the same year, purchase frequency was also on the rise, with 3.4 million households buying online at least once every two weeks – a 112% increase from the 1.6 million back in 2019. 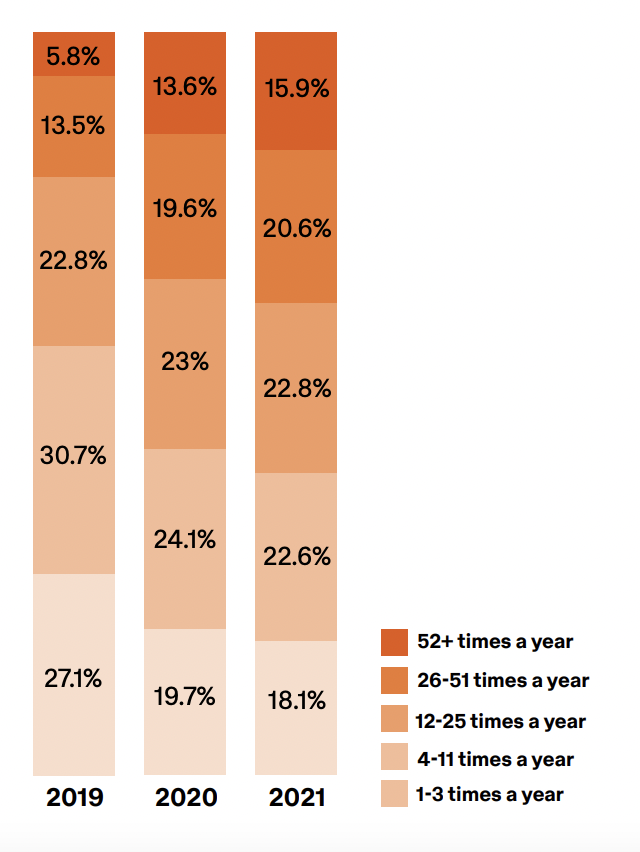 Interestingly enough, not only did Australians buy more online, but they also bought more from foreign retailers. Considering their seeming preference to buy local throughout the pandemic, it was surprising to find that Australia’s international parcels experienced a greater growth of 5.32% than domestic ones (4.07%). Cross-border purchases in 2021 were dominated by three categories: clothing (23%), health & beauty (13%), and footwear (12%).

Cross-border shopping remains popular among customers in Australia, partially due to the nation’s geographical isolation from other markets, along with strong internet penetration and availability of secure online payment systems. A recent survey by cross-border e-commerce company Flow reveals that an overwhelming majority (84%) of Australian shoppers have bought goods from a retailer outside their country. Moreover, 36% of them anticipate international shipments to take two weeks or more to arrive, suggesting that they do not mind a relatively longer transit time for transnational purchases.

When it comes to cross-border e-commerce in Australia, the origins of inbound parcels can be traced back to three main countries: China, New Zealand and the United States. In 2021, China topped the charts as the most common country for Australians to shop from, with 30.1% of all recent purchases originating from there. The United States and New Zealand were next on the list, each accounting for 22.5% and 4.7% of cross-border purchases last year.

Outbound Parcels from Australia Are Mainly Sent to New Zealand, the United Kingdom, and the United States

As for the international parcels leaving Australia, most were headed for New Zealand, the United Kingdom and the United States. To be more specific, approximately 15.8% of the cross-border e-commerce exports in Australia were sold to customers from its Southeastern neighbor, New Zealand. This is expected given its close proximity to Australia, as well as the two countries’ commitment to the Single-Economy Market Agenda, “designed to create a seamless trans-Tasman business environment.” Meanwhile, the two major e-commerce markets – the United Kingdom and the United States – contributed to about 12.2% and 8.5% of the Australian export market respectively in 2021.