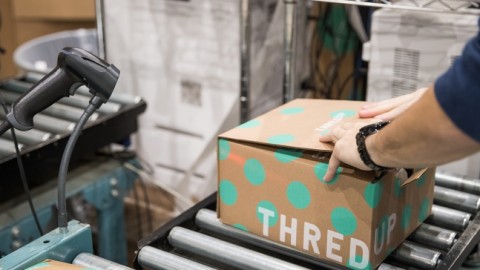 ThredUp is closing a deal to snap up Bulgarian-based secondhand retailer Remix Global AD for $28 million and an extra $6.5 million in restricted stock units that will vest over four years.

ThredUp is a used clothing e-retailer that has developed a very efficient system. They also act as a logistics provider for other retailers. Sharing the same characteristics as ThredUp, Remix “has built custom ‘single-SKU’ logistics that can process millions of unique garments efficiently,” and is already fairly well-known in Europe. These are factors that have attracted ThredUp to Remix. After the deal, the American firm will invest in “Remix’s product offerings, processing infrastructure, and go-to-market strategy to accelerate its marketplace growth”.

The clothing resale market is on the rise. It is estimated to be worth $77 billion in the next 5 years, according to data from Global Data. In Europe, ThredUp expects the market to see a $19 billion increase in second-hand sales by 2025. Remix gained some benefit from it last year after seeing $33.9 million in sales.

“We’re bullish about the massive opportunity in the European resale market and are thrilled about the chance to build on Remix’s technology and operational expertise to help accelerate its growth,” stated ThredUp Co-founder and CEO James Reinhart.