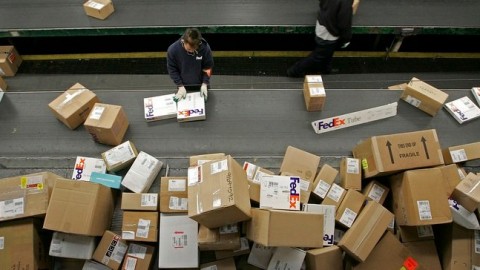 The pandemic has fueled e-commerce which has resulted in transportation companies like FedEx handling a significantly high volume of parcels. With this surge in parcel volume, FedEx has announced a series of surcharges to support capacity management. The latest peak surcharges were announced last week and will be applied from June 21.

This augmentation will leave a great impact on shippers. Additional handling surcharge, residential delivery surcharge, and surcharge on Ground Economy have peaked while oversized surcharges stay the same. The residential surcharge, for example, will influence most e-commerce shippers.

“The Residential Surcharge increases 100% to $0.60 per package. This will have a direct impact on all direct to consumer eCommerce businesses, doubling their current residential surcharge costs!” Trevor Outman, CEO of Shipware said.

UPS has also increased its surcharges. This trend has emerged due to the following, as reported by Rob Martinez, another CEO of Shipware:

“The lack of competitors delivering parcels in North America (90%+ volume handled only by FedEx, UPS, and US Postal Service) has led to sky-rocketing margins for the carriers, and out-of-control rates for shippers.”

The only solution for this might be carrier diversification. If shippers move to alternate carriers, it will reduce the expenses or lower the volume threshold which triggers peak surcharges.