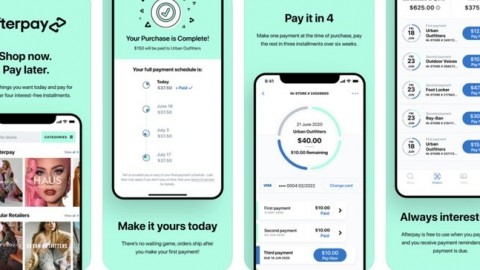 Afterpay, installment payments firm, announced a 30% increase in average basket size for US customers during the holiday season.

During the holiday season, many consumers were starting to shop for seasonal clothes such as knitwear, sweatshirts, sweatpants, active bottoms, sleepwear and socks. Research from NPD Group forecasted that 31% of US retail spending would consist of these seasonal items.

“In times of crisis, consumers seek both simplicity and familiarity, and this influences their shopping practices,” said Shakaila Forbes-Bell, Afterpay’s resident consumer psychologist, in a statement. “During a particularly challenging holiday season, it’s no surprise that shoppers turned to the ‘good old days’ and the associated fashions to bring about a positive emotional response.”

‘Buy Now, Pay Later’ has been growing in popularity and is offered by many huge retail brands like H&M, Nike and Sephora. Apart from Afterpay, these brands have also been working with Klarna and Affirm to provide payment alternatives to their customers. Shopify and PayPal have also launched their versions of slice payments, i.e.Shop Pay Installments’ and ‘Pay in 4’ respectively.

Shortly after Klarna announced their partnership with Macy’s in October last year, Afterpay had introduced a mobile wallet feature in selected retail stores that allows customers to make purchases via a contactless card that can be accessed through the customer’s digital wallet.

Afterpay now has over 13 million US users and over 64,000 global retail partners.