TechCrunch: Otrium Acquires $120 Million in Its Latest Funding Round 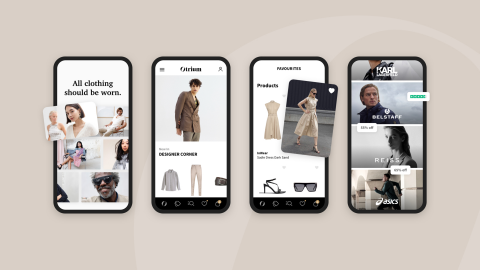 Otrium – Amsterdam-based marketplace dedicated to end-of-season fashion items has raised $120 million in this new round of funding. In this round, there is the participation of BOND, Index Ventures, and Otrium existing investor Eight Road Ventures. With this new funding, Otrium plans to expand to the U.S.

Otrium was founded to create another marketplace where brands can clear out their outdated items more efficiently. Instead of having to manage multiple small inventories in different stores, they now only need a big online inventory and can still have control over the pricing, merchandising, and visibility.

That is not the only benefit Otrium brings. The end-of-season marketplace has started running advanced analytics to help brands identify evergreen products that never get outdated.

“We believe that the fashion world will see a rebalancing in the next few years, with more sales being driven by iconic items that brands sell year after year, and will be less reliant on new seasonal launches,” co-founder and CEO Milan Daniels shared.