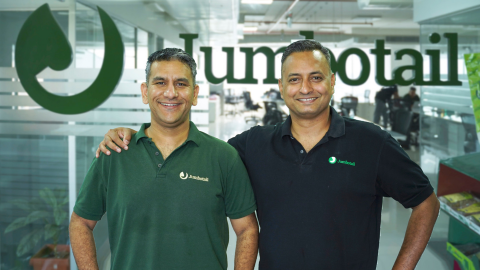 Jumbotail, an online marketplace for food and grocery products, has successfully raised an additional $14.2 million. The India-based startup completed its Series B funding round with $44 million, bringing the total equity investment raised to $54 million.

The new tranche of its Series B financing round was conducted by VII Ventures, with participation from Nutresa, Veronorte, Jumbofund, Klinkert Investment Trust, Peter Crosby Trust, Nexus Venture Partners, and Discovery Ventures.

According to Chadi Hajjar, Managing Director at VII Ventures, Jumbotail has demonstrated itself as one of the leading and fastest-growing businesses in India. Its founders Ashish Jhina and Karthik Venkateswaran shared a vision of challenging the status quo and seized the opportunity to digitize the grocery supply chain and neighborhood stores in India, which impressed the investors.

“Jumbotail has all the ingredients for success, and we are keen to help them move forward in this next step of their journey”, Chadi Hajar said.

Jumbotail’s founder, Ashish believes that the company has reached an inflection point in its growth and is now ready for the next development chapter. “We are seeing tremendous interest from investors across the globe who are drawn to our highly scalable and operationally profitable business model, built on the industry’s best technology and customer NPS”, shared Ashish.

Jumbotail will be using the funds to expand into new regions and double its J24 store network in the country. To better support FMCG companies enter the market with a lower cost, multiple services will be launched in the future. Also, Jumbotail has plans to attract and recruit the best talent across the entire company.