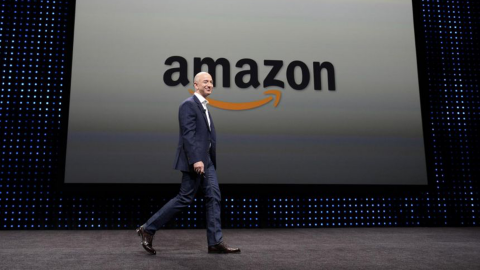 Last Tuesday, Amazon CEO Jeff Bezos announced that he will be stepping down from his post and handing over the crown to Andy Jassy, the company’s top cloud executive.

A new chapter of an empire

Bezos, now 57, founded Amazon when he was 30 years old. Since then, he has transformed the one-time online bookstore into a global mega-retailer that offers a wide range of products. Amazon’s market cap is now over $1.6 trillion under the direction of Bezos.

Bezos will still be engaged in important projects of the company as executive chairman of Amazon’s board. He strongly believes that Jassy’s leadership will continue to help Amazon to thrive in the future:

“Andy is well known inside the company and has been at Amazon almost as long as I have. He will be an outstanding leader, and he has my full confidence.”

A new challenge for Andy Jassy

Andy Jassy will soon have the chance to prove his competence by dealing with antitrust concerns of the House Judiciary subcommittee on antitrust. Apart from Amazon, other big tech companies such as Apple, Facebook, Google are also accused of enjoying monopoly power.

Source: Jeff Bezos to step down as Amazon CEO, Andy Jassy to take over in Q3