Ecommerce News: Inpost Continues to Expand in the UK With Its 2000th Locker 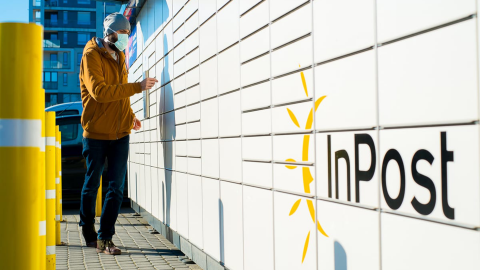 InPost is a Poland-based delivery company founded in 2006. The company sets up automated parcel machines in the UK and all over Europe to fulfill self-collection and return demands from customers.

InPost has just installed its 2000th machine in the UK, doubling the locker coverage in the UK over the last 6 months:

“We are incredibly proud to have installed our 2,000th locker in the UK on the back of an explosion in demand by British consumers, who want the convenience of 24/7, self-service collection or returns of goods via lockers.” InPost CEO Jason Tavaria said.

These lockers are available 24/7 and allow consumers to collect or return parcels whenever they deem fit or post parcels to other consumers. The automated parcel machines are installed in high traffic locations such as train stations, gas stations, supermarkets, and convenience stores.

The target of InPost is to have 10,000 lockers by 2024, especially in London, Birmingham and Manchester. The company will also look into improving their services to add more convenience to the users, like the Instant Returns they launched several months ago.