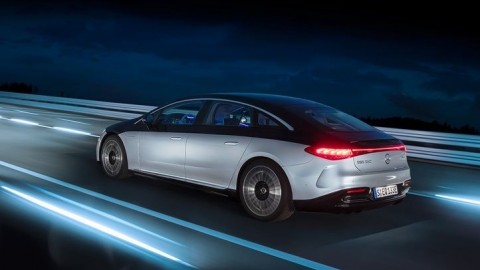 Mercedes-Benz will allocate $47 million to speed up their switch to becoming an electric-only vehicles manufacturer by 2030. This is an ultimate goal for most EU automobile manufacturers since the EU proposed banning the sale of all new gas and diesel powered cars by 2035 to reduce carbon emission.

“The EV shift is pickup up speed – especially in the luxury segment. The tipping point is getting closer and we will be ready as markets switch to electric-only by the end of this decade. This marks a profound reallocation of capital,” shared CEO of Daimler AG and Mercedes-Benz AG, Ola Kallenius.

From 2025 onward, this giant German automaker will produce only new electric powered vehicles. To fulfill this mission, it plans to build 8 battery plants and launch 3 new battery-only vehicles. Since electric vehicles have fewer parts, personnel cuts are unavoidable. Mercedes will retrain 20,000 workers, recruit about 3,000 new software engineers and offer early retirement for others.

Mercedes-Benz won’t be the only manufacturer to make this transition. Volvo Cars, General Motors and Volkswagen AG are all trying to stop producing gas and diesel engines in the next 15-20 years. Stellantis invested more than $35.4 billion to increase its portfolio of electric-only products. Mercedes will make sure that the transition will be achieved without sacrificing profitability:

“An important lever is to increase net revenue per unit by raising the proportion of high-end electric vehicles such as Mercedes-Maybach and Mercedes-AMG models,” the company said in a release.