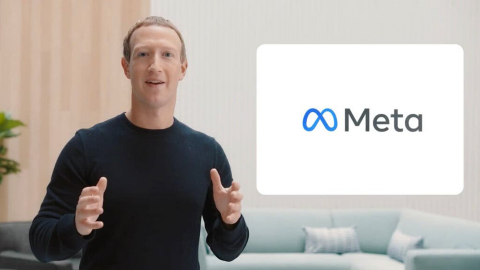 Facebook Inc. announced a name change as the company moves into metaverse. A metaverse is a fictional 3D virtual world where users can build a digital version of themselves.

The new name will not change anything about Facebook’s current business model – how the company uses or shares data. Other apps under Facebook – Instagram, Messenger, and Whatsapp will also retain its current state.

In Meta’s new vision, users will communicate and interact socially through virtual environments; built out of imaginations.

“Right now, our brand is so tightly linked with one product that can’t possibly represent everything we’re doing today,” Zuckerberg said, “let alone in the future.”

Building the metaverse also reduces the dependency on mobile operating-system and browser makers like Google and Apple. Facebook hopes that as they lean harder into metaverse, it will show the ever-changing social media market that they are diversifying. This it to appeal to the younger generation on social media, especially with social giant TikTok.

“Everyone who’s building for the Metaverse should be focused on building responsibly from the beginning,” Zuckerberg said during a video presentation on Thursday. “This is one of the lessons I’ve internalized from the last five years — that you really want to emphasize these principles from the start.”