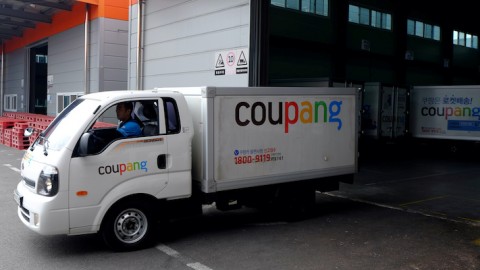 Coupang, backed by Japan’s Softbank Group, will be filing for an IPO on New York Stock Exchange. The e-commerce giant anticipates a valuation of US$ 50 billion as its annual revenue almost doubled.

Coupang was a boom in South Korea when it was first founded in 2010 by Havard graduate Bom Kim with “Rocket Delivery” service. The company offers delivery within 24 hours, challenging long-standing e-commerce giants such as Shinsegae and Lotte.

Coupang reported a revenue jump to $11.97 billion last year, a rise of 91% compared to the previous year. The company’s net losses were $474.9 million, around $200 million less. The retail company was priced at $9 billion in its last private fundraising round in 2018, according to Pitchbook.

In South Korea, Coupang is considered as a rival to Amazon, awarded $1 billion in funding from SoftBank in 2015, $2 billion from Vision Fund in 2018, and other venture firms. This could be the biggest IPO in New York by a foreign company since Alibaba Group in 2014.

Coupang intends to list under the symbol “CPNG” but its target asking price has yet been set.

Source: SoftBank-backed Coupang reveals revenue surge ahead of US IPO