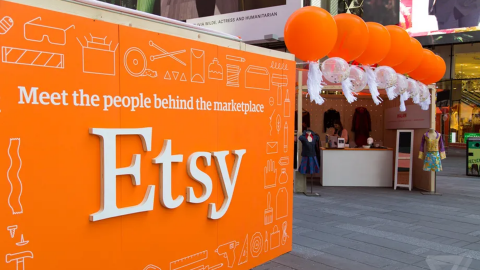 After reporting first-quarter earnings results, Etsy’s CEO Josh Silverman shared that the company’s promotion focus in the next period will be social media influencers.

Etsy’s quarterly revenue surged by 141,5% on a YoY to $550.6 million. However, the company only expects a 15-25% of growth on a YoY basis, a sharp decline compared to the previous quarter. This caused the company’s stocks to tumble by more than 14% on Thursday. Etsy’s CEO doesn’t seem to be too concerned about this and he is satisfied with the demand dynamics that Etsy is having.

With these dynamics, Silverman believes that the sellers, artisans, craftspeople will rapidly adapt to new market trends post-pandemic. Apart from that, what makes Etsy stand out is the bond they create between sellers and buyers. The originality of the platform is valuable for market competition and long-term growth, according to the CEO:

“Everyone else is playing Amazon’s game. They’re trying to sell you that same mass-produced stuff and try to ship a little faster than Amazon or sell it a little cheaper, and good luck. Etsy plays a different game. We lift up our sellers — now 4.5 million artisans, craftspeople — selling on Etsy that you can connect with directly and buy from.”