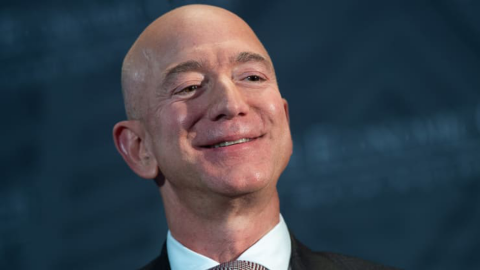 According to data from the Securities and Exchange Commission, Jeff Bezos sold nearly $2 billion worth of stock in the past week, $1.27 billion on Monday and $684 million on Tuesday.

The sales were executed after Amazon’s first-quarter earnings results report, which exceeded Wall Street’s expectations due to the pandemic-fueled increase in e-commerce activity.

This is not the first time Amazon’s CEO sold a large number of shares at once. The founder has sped up the stock sales in recent years. $4.1 million worth of shares and another $3 million were sold last February and November respectively by Bezos.

This move is to increase funding for Blue Origin, Bezos’s space exploration company and Day One Fund, the organization aiming to provide education for low-income communities and combat homelessness.

Once Jeff Bezos hands over his rein to Amazon in the third quarter, these will be his main focus. Blue Origin is growing well and will send its first astronaut crew to space this summer. For Day One Fund, it gave $98.5 million of grants for 32 groups, the number dated last November.