Getting Ready for Peak Season with Hermes 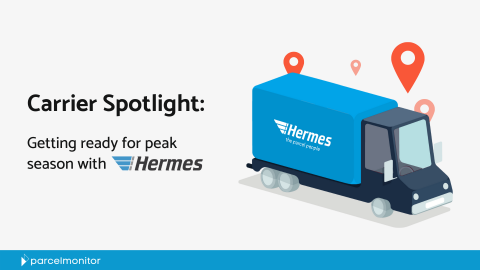 Previously we covered the amazing works by retail and technology companies such as Lululemon, Snocks, Instacart, Loop, and Reviews.io. This time, we are launching an all-new Carrier Spotlight series where we feature achievements made by logistics carriers around the world.

To start off with our first Carrier Spotlight, we are thrilled to feature one of the UK’s leading delivery companies, Hermes. The company delivers packages for the top retailers in the UK such as ASOS, Next, and John Lewis. In their mission to be the UK’s carrier of choice, they have also committed to work towards zero-emission delivery — starting with their recent purchase of 168 fully electric vans.

As we ramp up towards the end of the year, how is the company preparing for the inevitable parcel boom?

In 2020, Hermes witnessed record-breaking parcel volumes during peak periods and throughout the year.

Hermes Send, the company’s specialized business area for C2C parcel delivery, recorded a 104% increase in delivery for the whole year 2020, with 10 million parcels handled in December as people rushed to change their Christmas plans with the very short notice given due to stricter restrictions.

November and December were the two months with the highest delivery density, with 67 million and 82.5 million parcels respectively. This record growth was partly due to restrictions in COVID 19 pandemic context and lockdowns.

Having experienced a record-breaking peak season last year, how is Hermes planning for the peak season in 2021?

Ramping up for peak season 2021

To prepare for the peak season in 2021, Hermes plans to build new pop-up distribution centers and recruit more personnel. To meet increasing delivery demands during peak season, the company has opened new pop-up distribution centers in Eccles, Manchester and Nechells, Birmingham. The 80,000 sqft and 112,000 sqft warehouses can each process 120,000 parcels per day and create over 200 seasonal temporary jobs.

Chief Operating Officer at Hermes also shared its plan to scale up, “With one year to go until we open our newest and largest hub at Barnsley, we’re pleased to be able to confirm that we will be creating over 1,400 full-time roles at all levels and continuing to take our environmental and community responsibilities seriously alongside other tenants on the site. This is a huge investment and priority for us as we respond to the ever-increasing demand for online shopping and strive to provide a service that doesn’t cost the earth.”

The new hub will be Hermes’ largest hub and is expected to be completed by September 2022, in time for the festive season next year. The 320,000 sqft center is capable of handling up to 1.3 million parcels daily, increasing the company’s overall productivity to 4.4 million parcels per day. 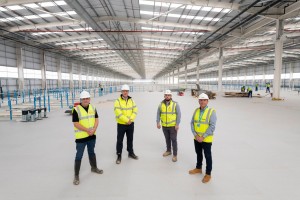 Hermes is partnering with e-commerce marketplaces to ensure end-consumers have easy access to accurate updates of their e-commerce deliveries during this peak season.

One such partner is Etsy, the leading online marketplace for handmade and craft items from independent sellers. As part of the partnership, Hermes UK will develop an API to integrate their delivery services with the marketplace, to provide a seamless experience for sellers. With this integration, Etsy sellers will be able to download and upload parcel labels in bulk (as opposed to individually) and set up default preferences for deliveries to save time.

Hermes has also established a strategic partnership with OnBuy, one of the fastest-growing marketplaces based in the UK. This integration benefits both merchants and consumers; merchants are able to offer on-time deliveries at a potentially lower cost, whereas buyers can be assured that their purchases will be safely delivered. In the near future, the OnBuy Hermes integration will also empower merchants to develop beyond the UK market as OnBuy sets its sights on an international expansion.

One of the trends we have observed over the months is that more and more customers are choosing Out Of Home delivery services (or OOH), which includes ParcelShop and lockers. To provide customers with more options and convenience, Hermes is working with Tesco, the UK’s largest supermarket, to expand its ParcelShop network across the nation.

This expansion makes it easier for consumers to access options for sending, receiving, and returning parcels. Hermes predicts that by 2022, 80% of the UK population will be able to reach their nearest ParcelShop or locker within a 10-minute walk. More than 80 million parcels are expected to be handled via its Out of Home network this year.

What’s next for Hermes?

With Hermes’ achievements and breakthrough plans in delivery services over the past few months, it is exciting to see how they will develop further in the near future. Other than its acceleration in the last-mile delivery, the company’s involvement in sustainability is also one to watch. In the meantime, do keep a lookout for more carrier spotlights coming your way!