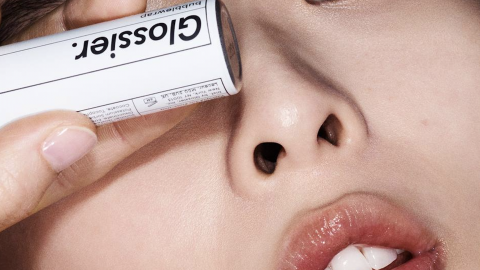 On 7 July 2021, direct-to-consumer beauty brand Glossier Inc., announced an $80 million Series E funding round led by Lone Pine Capital. Glossier’s existing investors such as Forerunner Ventures, Index Ventures, IVP, Sequoia Capital, and Thrive Capital also participated in the round. With this fresh injection in funds, the brand plans to scale its online and offline channels as it moves towards becoming the top destination for beauty discovery in the world.

“The community that’s formed around Glossier’s approach to beauty, one that champions individual freedom and choice, has made Glossier’s direct relationship with its customers all the more powerful. This is already an iconic and era-defining beauty company, and we’re excited to play a role in bringing Glossier experiences and products to people everywhere.”

Glossier’s mission is to “give voice through beauty” by building products, growing a community and making customer-centric decisions. Since it was founded in 2014, Glossier has now grown into a household name; with 2 out of 5 women between ages 18 and 34 in the US having heard of the brand. It now has more than 5 million customers worldwide.

Just last month, Glossier announced that it will be reopening retail stores later this year; starting with stores in Seattle, Los Angeles and London. In 2019 alone, Glossier’s immersive retail stores saw more than 1 million people visiting. However, during the pandemic in 2020, the company had to close all of its retail locations. Thankfully, due to Glossier’s investments and foresight in the online shopping experience, it still enjoyed incredible growth across all product categories.

“When Glossier launched as a digitally native beauty company, we were an anomaly in our industry, which has been slow to innovate beyond brick and mortar,” said Emily Weiss, Founder and CEO of Glossier. “Now, nearly seven years into Glossier’s journey, our strategy and the expectations of beauty consumers everywhere are aligned: beauty discovery increasingly begins online as people look for inspiration from friends and strangers alike, and customers want to move fluidly between immersive and personalized e-commerce and retail experiences. This is the future we’ve always been building for.”