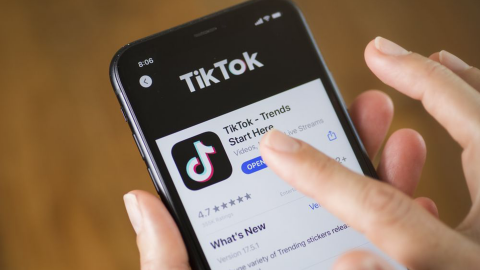 TikTok aims to bring together social media and online shopping platforms by testing new in-app shopping features. ByteDance’s TikTok is collaborating with multiple brands across Europe to level up the competition with tech giant Facebook Inc.

As a duplicate of the Chinese application Douyin, TikTok is also trying to enter the e-commerce market. Last year, Douyin processed $26 billion of in-app sales shortly after its first year of operation. TikTok is aiming to replicate this success with its pool of million users abroad.

ByteDance is expecting to tell another miraculous growth story before its IPO. The group is moving aggressively into a $1.7 trillion Chinese e-commerce area and is projected to handle more than $185 billion in value of sales via TikTok and Douyin despite being a late entrance.

TikTok had started trying many e-commerce functions and created campaigns with major partners such as Walmart and Shopify. Influencers and businesses can now tag their products and attach direct links to their e-commerce stores. However, the majority of users still stay on TikTok. That is why an in-app purchase feature will be an essential add-on. Instagram and Facebook have already allowed merchants to set up storefronts on the platform.

With the larger ecosystem that TikTok is building, users are expected to stay longer within it. Brands like UK’s Hype will own a store on the video platform. Even though TikTok won’t handle the sales itself, it can generate revenue from advertisements and traffic boosters.

It is unclear how the tech giant will proceed with the plan, but we can be sure that it is still relying on AI-driven and interest-based recommendations in online shopping. The rest should wait until TikTok’s next clues.