BBC: Lego Bricks Will Be Made From Recycled Bottles 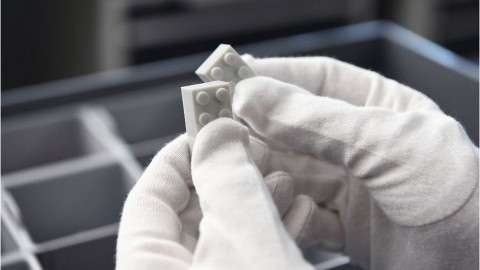 Lego is putting more effort into fulfilling its sustainable goals by testing the making of their bricks from recycled drink bottles, which may become available on shelves within two years.

Lego is planning to collect soft drink bottles to make plastic toy parts. It is still too soon to confirm how many of its bricks will be made from recycled material, according to President of Sustainability Tim Brooks.

The challenge is to find good materials to make sure people cannot notice the difference, while still having the two different types of blocks to be interchangeable and fit perfectly like every other Lego product.

The company had developed prototype bricks made from polyethylene terephthalate (PET) bottles, with extra other chemicals added. Currently, most of its bricks use acrylonitrile butadiene styrene (ABS), a virgin plastic made from crude oil.

The hardest thing is to make the “clutch” right, which allows children to stick them together and pull them apart with their fingers, regardless of the ambient temperature.

To ensure that, Lego will run several tests including a temperature test, a butter test, and a test to mimic children putting the product in their mouths.

80% of toy parts of Lego are made from ABS and 5% from polymer from sugarcane. The firm emits about 1.2 million tonnes of carbon per year, and about a third of that is from making its materials.